Far too many vendors approach the channel as if it were a privilege. A privilege for partners to be allowed to sell products and services on their behalf. Sometimes, it’s as if the vendor thinks the channel partner needs them more than the other way around. The truth is, the partner is the one that enjoys the trust of end customers. Most channel partners have long-lasting relationships with customers. Relationships that IT vendors should count themselves lucky if, and when, they are given leave to leverage them. Keeping that proper perspective in mind, here are:

Time is and always will be money. Channel Partners can’t afford to wait days for vendors to get back to them on a pricing bid. The end customer just won’t wait. IT products and services are a means to a larger end for most customers. The vendor that responds first with a reasonable proposal is going to win the deal nine times out of ten. Vendors that are unable to respond in near real-time to pricing quotes in the heat of the battle, will not be invited to participate in the next contest. Almost every deal a channel partner tries to close involves competition against fierce rivals pulling out all the stops.

When it comes to thriving in the channel, there are only the quick and the dead.

Solution providers incur a lot of upfront costs when trying to close a deal.  Consequently, when vendors decide to take 90 days to reward partners for closing, the odds they will see that partner again significantly diminish. Channel Partners are always going to drive sales to vendors that pay them promptly. They need that cash to reinvest in the next deal that needs to close. Vendors that try holding onto money as long as possible to finance their operations at the expense of the channel partner quickly find themselves among the channel chaff.

Vendors are forever bragging about the number of sales leads they generate on behalf of channel partners. Between the time the sales lead is generated, and the time it takes to make its way to the partner, weeks often pass. Those sales leads are almost invariably dead on arrival (DOA). In fact, sales leads provided by the vendor often do more harm than good than anyone cares to admit. Why? Because of the time and effort the solution provider spends running them down, only to discover the potential customer has already made a purchase decision and has since moved on.

Most channel partners agree to close a certain number of deals at the beginning of every fiscal year. At the end of the year, the vendor then wants the partner to recommit. The trouble is the partner only discovers at the end of the year, when it’s too late to do anything about it, that they didn’t make as much money as they thought they might because there was no mechanism in place for them to monitor transactions on a timely basis. Recriminations on both sides shortly ensue.

Partners want IT vendors to provide them with business intelligence (BI) tools.

These tools enable partners to physically see at a glance where they stand, so as to not just know the state of the relationship, but also identify deals where money is being left on the proverbial table.

Most channel partners will not take seriously any channel program that doesn’t include a deal registration mechanism. Deal reg allows them to be compensated should a deal be taken away from them by either a direct sales force or a rival partner that severely undercuts them on pricing by abusing their status as, for example, a “gold” partner.  That compensation needs to cover more than just the margins lost on the product sale. Channel Partners spend a huge amount of time and effort on deals to generate high-margin services revenue. However, product margins typically only represent a very small percentage of potential revenue lost.

Partners also want to have confidence in the deal registration review and appeals process. Sales leaders are not exactly unbiased arbiters. The internal politics within an organization often makes it difficult for sales and account executives reviewing deals, as they don’t want to make enemies by advocating the rights of the channel partner.

5) Certifications that Pay for Themselves

Far too often the sales and technical training a vendor provides to channel partners is nowhere near as close to being as rich or rigorous as what they make available internally. Most partners prefer to rely on the sales and technical expertise of the IT vendor as little as possible. Limiting the amount and quality of the training sets the stage for creating a scenario where the partner needs to fall back on the expertise of the vendor in front of their customer. However, nobody likes to be shown-up in front of their customer.

SPIFFS and other incentives designed to drive sales of products becoming obsolete or superseded, almost invariably lead to a sub-optimal customer experience. Savvy channel owners also don’t especially appreciate it when IT vendors try to hijack their sales staffs by providing incentives that only conspire to divert the attention of their sales teams away from the products and services that generate the highest margins for their organization.

Each potential deal involving a customer is unique. The chances a channel partner will employ a cookie-cutter marketing program developed by a vendor is virtually nil. If the solution provider has no control over how MDF is to be allocated, they will ignore the MDF. They will also disregard most of the generic leads generated because they won’t be considered exceptionally well qualified. The marketing campaigns based on MDF need to be targeted with precision, not just merely blasted out.

By now it should be clear there isn’t a lot of room for amateurs in the channel. That doesn’t mean that the channel won’t welcome new individuals. But it does means that given the stakes involved, the grace period new channel managers can expect to get up to speed on what really matters to partners, is much shorter than they realize.

We invite you to demo our channel enablement software to see what’s truly possible to Automate, Connect, Track, and Sell in your channel. Discover how easy it is to take advantage of a cloud application that comes with all the  channel partner engagement KPI’s needed to successfully manage your channel in today’s rapidly changing environment. 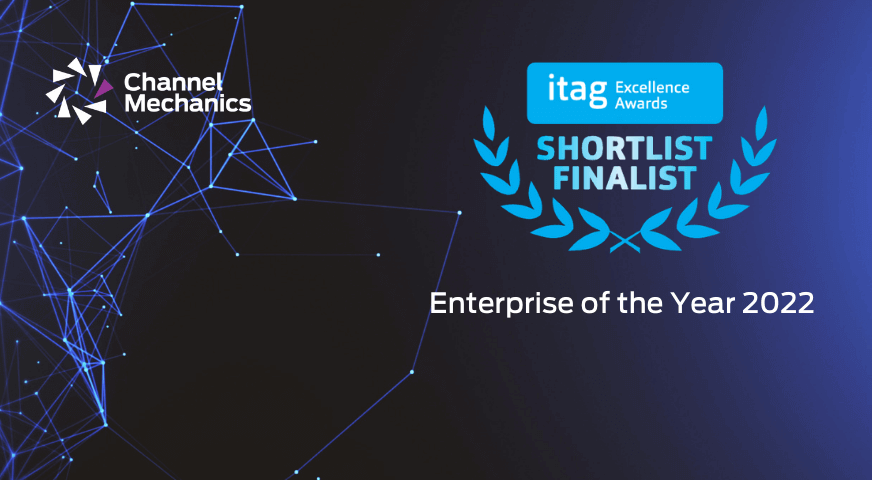