Engaging the Long-Tail | The Importance of Partner Profiling

Home » Blog » Engaging the Long-Tail | The Importance of Partner Profiling

Engaging the Long-Tail | The Importance of Partner Profiling

In 2002, VH1 aired a countdown of their 100 Greatest One-hit Wonders, hosted by William Shatner. Number 1 on the list was the 1996 hit, “Macarena” by Los Del Rio. More on that in a moment, but before we get started on the importance of profiling long-tail channel partners, let’s take a look at 3 key definitions.

Potential – adjective (The partners you are looking for.)

One-Hit Wonder (aka –  Most of your long-tail)

Now, back to Shatner and Los Del Rio, polar opposites, and a perfect metaphor for channel profiling. 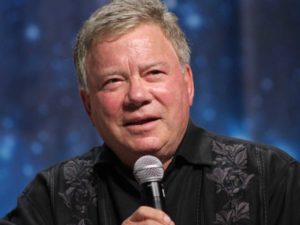 Let’s start with your “Shatner”

You know him well.  He is at the top of your channel partner program.  He is in the 20% of your partners that do 80% of your channel business.  Year after year, decade after decade, you know that Shatner is going to produce.

You have a lot of these.  They litter your long-tail channel partners.  The Dexy’s Midnight Runners, the Right Said Fred, a Toni Basil or two, and every channel program has its Vanilla Ice.  They showed so much promise when they first signed up. All bright and shiny with a big opportunity.  And they did deliver… that one time. They had that one deal and joined your partner program (depending on how big that deal was, you may have even made them a gold partner).

But as fast as you can do the Macarena, they faded into the sunset.  Never to be seen again and never to bring you another deal.

So what does all this have to do with the importance of partner profiling, and getting the most from your long-tail channel partners?  Pretty much everything.  Because if you had asked Los Del Rio the proper questions when onboarding them, you would have quickly said:

“Hey Macarena, do you do these kinds of deals often?”

And the answer would have been NO.  We’ve never done this before, and the odds of us doing it again are slim.

On the other hand, William Shatner would have told you that he’s been doing deals since 1951, and is committed to your company. You know his areas of expertise, and the type of business he is going to deliver. Kahn you say, winner?!

So by profiling every partner in detail as they join your program and on an annual basis, you are going to have a pretty good idea of where to focus your efforts.  Somewhere between the Shatner’s and the Los Del Rio’s, you have a solid group of partners that have POTENTIAL.

So the first thing you must do is segment out the One-hit Wonders. If they only sold one deal, and it has been more than 18 months then drop them in the bottom tier of your program.

You don’t want to kick them out, because they may surprise you and have a “B” side that cracks the top 100 every few years.  But they do not need your day to day attention.  Just put them on a partner communication drip campaign and forget about them.

So now you are left with the remainder of your long-tail channel partners.  These are partners who have sold more than one deal in the last 18 months.  Now it is time to see which of these partners most closely resembles the profile of your top 20%.  And usually there are only a few variables that you need to look at:

Look at your top Partners.  See where they intersect on these 5 profile points.  Then match these to your long-tail.  If you get a match on 3 of the 5, then that partner has POTENTIAL.

Now, boldly go where few channel chiefs dare to go and profile your channel.  Who knows what you will find, but any channel program sure could use a few more Shatner’s.

How Performance Dashboards Are Evolving The Partner Account Manager Role