Oranmore based software company Channel Mechanics, were delighted to host COPE Galway’s Corporate Engagement Executive, Leonie Woutersen to present the charity with a cheque for €15,214. The presentation cheque being the result of a Channel Mechanics Sleep Out on December 3rd along with their annual “Donate a Day” event. 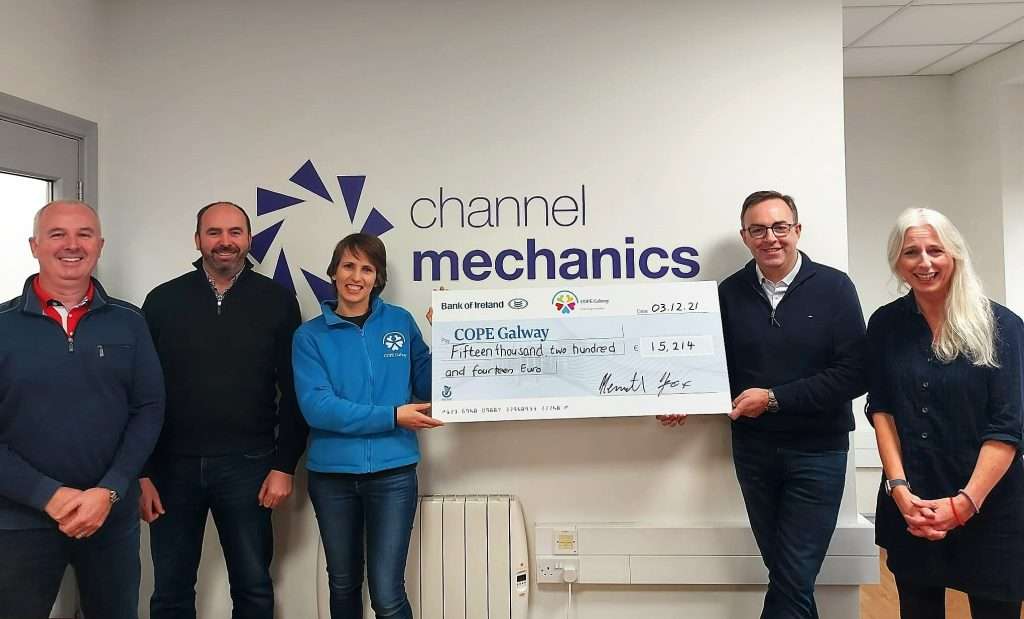 Initially, the team set a target to raise €6,000 for Cope Galway. However, after learning more about the work the charity is involved with, the team put their heads together to see how they could challenge themselves to raise a higher figure. The team innovatively came up with the concept of ‘Donate a Day’ where employees could volunteer a day’s holiday to the charity and the company would match this contribution. The result? Raising a phenomenal €15,214 for the charity. 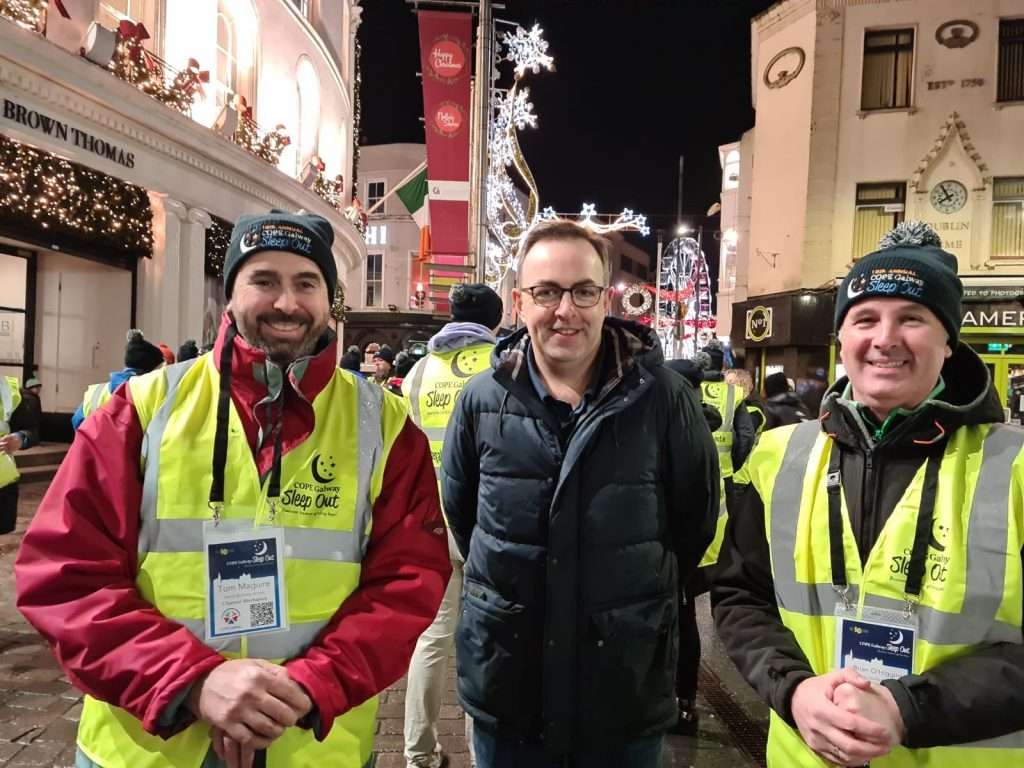 “We chose Cope Galway as our charity of choice for 2021 because of the great work they do in the local community. While often unseen, Cope work with some of the most vulnerable people in our community. And to be able to help them, even in this small way, was a very rewarding experience for the team. And we were delighted to see not only the entire team get involved, but for some of our customers, from as far away as California, donate to the event as well.”

And while it was not possible for the entire team to take part, two people were quick to volunteer. An experience that will stay with them forever. Our two very cold employees, Tom Maguire and Brian O’Higgins reflected on their experiences:

“I got a real feel from the Sleepout for what so many people go through while living on the streets. And I would not appreciate a second consecutive night out in the cold. I was exceptionally proud on behalf of Channel Mechanics of the contribution to COPE Galway. All of which was generously donated by our work colleagues, family, friends and even customers. It was also a pleasure to work with COPE Galway. It gave me great insight into the multiple projects they have set up to help the vulnerable in the community.”

Speaking about his experience of the night, Brian O’Higgins commented:

“The experience was a cold but rewarding one. Making me appreciate some of the basics we all take for granted, such as a warm home and comfortable bed. Based on the amount of money raised by our own employees for COPE Galway, it’s obvious this was a very worthwhile charity fundraiser to be involved in.”

A Word from Cope Galway

“It was such a privilege to support Tom and Brian representing Channel Mechanics in the Sleep Out this year. And it was humbling to see their colleagues and families got behind them so emphatically. Not only this, Channel Mechanics colleagues took a sincere interest in our work and wanted to learn about the services COPE Galway provides. And raising awareness is a critical piece of our work. The support from Kenneth, Tom, Brian and all the Channel Mechanics team truly reflects the community spirit of Galway and how we can all make a difference together.

The €15,214 raised by the team, has been a wondeful achievement.  We know that Cope Galway will be putting the funds to great use in the community. We wish everyone involved with Cope Galway a Happy and Peaceful Christmas. And we look forward to popping in to see the great work they do in the new year.

→
Cancer Care West Charity Challenge 2020
→
10 Channel KPIs for Today’s Channel
→
The Importance of Real-Time Channel Data
→
Partner Program Design: Why a ‘one size fits all’ approach will end in failure!

How Partner Levelling Can Support Your Partner Engagement Strategy