In our concluding blog post on the topic of Renewals, we explore Organization Structures for the Renewals Sales function. There are several renewals models which we have seen or experienced in operation:

Many firms establish their own in-house renewals organization structure. In other words, the renewals team is typically a separate unit with its own dedicated renewals specialists and a dedicated team leader or team manager. Typically, the renewals team are assigned accounts by a set of criteria such as an industry vertical or territory. For companies that trade internationally, or even globally, the territories can span multiple countries and timezones. Therefore, they may require team members to have multiple language skills. For larger countries e.g. the United States, a renewals team member may be assigned one or more states.

Arguably, this is the simplest renewals team structure to build. Everyone may be co-located in the same location or at least in the same country. This facilitates team management, coordination and collaboration. Typically, this is how organizations start-out when they have a renewals pool to collect. However, if your products and solutions support international or global customers, there may be limitations with a centralized structure. These might include dealing with different timezones, languages, currencies, cultures and regulations. That might trigger a move to a distributed renewals team structure. Such a model may be setup to handle either direct customer renewals, Partner renewals (i.e. the vendor team provide renewals pool data and sales support for Partner outreach to their end customer) or a combination of both.

In this model, renewals teams may be located in different countries or even continents. Take for example multinational technology companies in the USA. As they scale out their customer base, they often look to setup international offices in a key country in the EMEA region. As part of that build out, they might look to establish an in-region renewals team. There are many advantages to doing this. Firstly, they get better timezone coverage  to connect with their customers to discuss renewals. And secondly, they have access to local languages skills to cover the region. Moreover, they can employ people who understand the culture and buying nuances from different customers in different countries and if there are any special regulations in regard to procurement.

Again, in this particular model, the team can be setup to handle either direct customers renewals, Partner renewals or a combination. Typically, the regional team will report into the headquarters based renewals leadership team and use the same tools and sales processes to maintain consistency. It is good practice to have some people from both teams trained up to cover geography, as this helps with capacity planning. For example, if there are public/national holidays in one region which are non-overlapping, the other regional office can provide cover. Ditto during peak vacation periods such as summer time and Thanksgiving for example.

Some organizations also establish agreements or partnerships with specialist renewals services companies. Reasons for this include: sales capacity, timezone coverage, language capability, market conditions (e.g. may be regulatory or cultural reasons to do this). Other reasons may include cost, as some of the service providers have scale and offer a compelling economic model. However, the most important factors for vendors to consider are: do they have the right in-house leadership, structure, communications, reporting and performance tracking processes, tools and systems in place to make sure the outsourced renewals service is delivering to the required business targets. It is vitally important that you do not outsource all or any aspects of your renewals pool if you cannot manage the services provider performance directly.

4. Hybrid-Model (Combination of In-house and Outsourced)

When is the right time to consider a Hybrid model? This structure works best when you have a segmented go-to-market model. Here you might have customers acquired via your own in-house Direct Sales team and others acquired via your channel partners. As the vendor may wish to retain ownership of direct customer relationships by building an in-house renewals team to manage their ongoing revenues. While at the same time leveraging outsourced specialist services providers to manage your channel partners renewals sales.

“Extreme Networks setup an in-house renewals team for what we refer to as “core business” which comprises 80% of our offerings/portfolio. This model works well as we have full control over the Renewals process, team structure, personnel recruitment and pricing/negotiating decisions. The renewals leadership team build strong relationships with our employees and equip them for success with in-house coaching and mentoring – which is a continual process. In addition, we can design and implement a range of monetary and non-monetary compensation and recognition as a method of driving their performance and behavior.”

“However, for non-core business (the other 20%) the model is different. We have built a model which can scale internationally to handle renewals for this part of the business. Originally, we used an outsourcing provider to give us economy of scale and regional presence to secure both international direct renewal sales and partner renewal sales. Here we had some influence over the service providers but not the level of control we wanted in terms of outcomes. Selling is still very much a people business and we had limited input to who got hired to work on our renewals account and at times high attrition in the service provider meant capacity gaps and skills gaps on our product portfolio. As we have expanded as a company, we now have the scale to build our own global, decentralized renewals sales team which is the operating model we are now adopting.

If you’re not a global company, then an outsourcer can bring you the scale you need for driving renewals sales. And in these cases, we acknowledge working with a reputable outsourcer is warranted.”

→
Renewal Sales 101 | The Business Opportunities and Practical Challenges
→
Make Sure Partners Are Preparing for Service Contract Renewals on Day One of a New Contract
→
How to Drive Renewals Sales when your Primary Go-to-Market Motion is via the Channel
→
Securing Renewals … Data is King
→
Measuring Renewals Sales Performance: Insights and Analytics
→
Renewal Sales Incentives for the Channel
→
Renewal Pricing Strategy 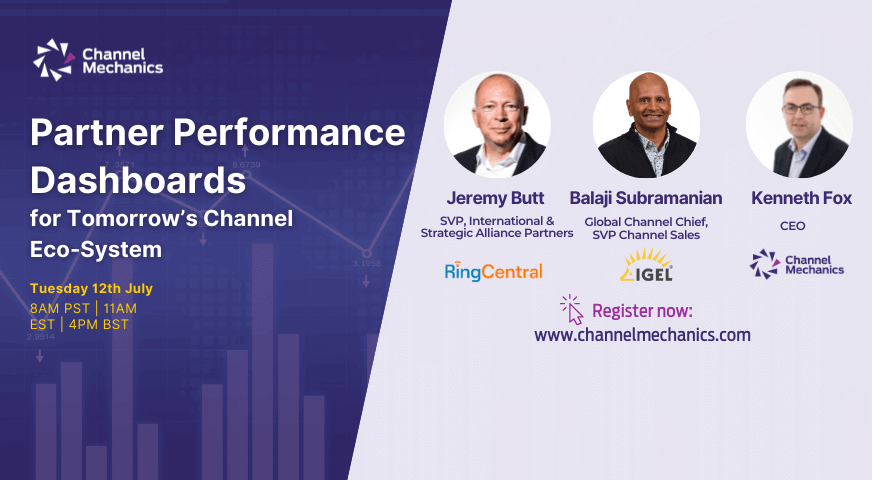